Lucis Trust aka. Lucifer Trust is the UN's Publishing Company 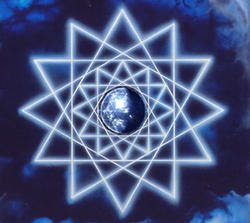 The UN seeks to control the world. The UN claims to have no religious agenda. I would argue otherwise and I'd be mindful of anyone pushing a "One World" agenda.

Read the following and follow these links if you want to blow your mind! Yes, this stuff is really being taught!

"The Lucis Trust is the Publishing House which prints and disseminates United Nations material. It is a devastating indictment of the New Age and Pagan nature of the UN. Lucis Trust was established in 1922 as Lucifer Trust by Alice Bailey as the publishing company to disseminate the books of Bailey and Blavatsky and the Theosophical Society. The title page of Alice Bailey's book, 'Initiation, Human and Solar' was originally printed in 1922, and clearly shows the publishing house as 'Lucifer Publishing CoIn 1923. Bailey changed the name to Lucis Trust, because Lucifer Trust revealed the true nature of the New Age Movement too clearly. (Constance Cumbey, The Hidden Dangers of the Rainbow, p. 49). A quick trip to any New Age bookstore will reveal that many of the hard-core New Age books are published by Lucis Trust.

At one time, the Lucis Trust office in New York was located at 666 United Nations Plaza and is a member of the Economic and Social Council of the United Nations under a slick program called "World Goodwill". In an Alice Bailey book called "Education for a New Age"; she suggests that in the new age "World Citizenship should be the goal of the enlightened, with a world federation and a world brain." In other words - a One World Government New World Order.

Luci's Trust is sponsored by among others Robert McNamara, former minister of Defence in the USA, president of the World Bank, member of the Rockefeller Foundation, and Thomas Watson (IBM, former ambassador in Moscow). Luci's Trust sponsors among others the following organizations: UN, Greenpeace Int., Greenpeace USA, Amnesty Int. and UNICEF.

The United Nations has long been one of the foremost world harbingers for the "New Spirituality" and the gathering "New World Order" based on ancient occult and freemasonic principles. Seven years after the birth of the UN, a book was published by the theosophist and founder of the Lucis Trust, Alice Bailey, claiming that "Evidence of the growth of the human intellect along the needed receptive lines [for the preparation of the New Age] can be seen in the "planning" of various nations and in the efforts of the United Nations to formulate a world plan... From the very start of this unfoldment, three occult factors have governed the development of all these plans". [Alice B. Bailey, Discipleship in the New Age (Lucis Press, 1955), Vol. II, p.35.]"

Here is their "Great Invocation"

A Mantram for the New Age and for all Humanity

From the point of Light within the Mind of God
Let light stream forth into the minds of men.
Let Light descend on Earth.

From the point of Love within the Heart of God
Let love stream forth into the hearts of men.
May Christ return to Earth.

From the centre where the Will of God is known
Let purpose guide the little wills of men –
The purpose which the Masters know and serve.

From the centre which we call the race of men
Let the Plan of Love and Light work out
And may it seal the door where evil dwells.

Let Light and Love and Power restore the Plan on Earth.

Are you a GOOD person?

Just say NO to the REAL ID!

CLICK HERE for a form letter that you can use!

Blogs and Websites I View

Check out my Blog Archive!